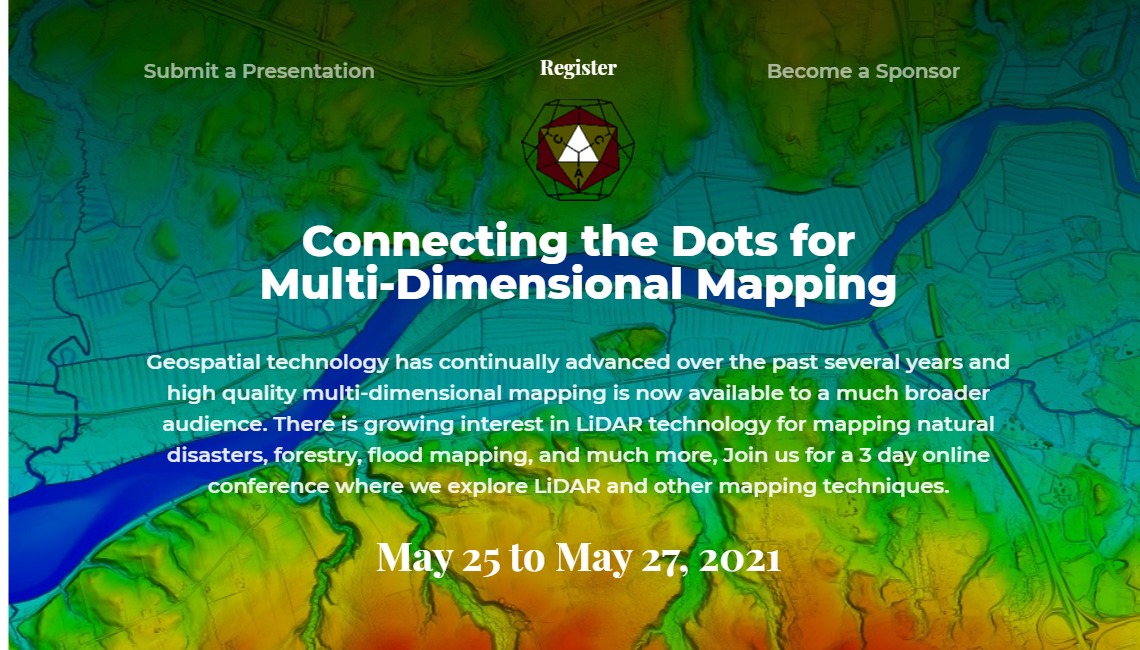 Geospatial technology has continually advanced over the past several years and high quality multi-dimensional mapping is now available to a much broader audience. There is growing interest in LiDAR technology for mapping natural disasters, forestry, flood mapping, and much more, Join us for a 3 day online conference where we explore LiDAR and other mapping techniques.

Connecting the Dots for
Multi-Dimensional Mapping This video was one of the Keynote presentations from the Connecting the Dots for Multi-Dimensional Mapping Conference (2021 CCA Annual Conference) held May 25th, 26th, & 27th, 2021, where various members provided presentations on  LiDAR technology, web mapping, flood mapping, forestry mapping, or Indigenous mapping, and other  cartography, GIS, and remote sensing projects in Canada.

Click here to view the other presentations from the event …

Tim’s research focus is mapping and modeling processes in the coastal zone.

In 2017 he was presented with the Geomatics Association of Nova Scotia Award of Distinction, in 2010 the Gulf of Maine Council Visionary Award. He obtained his PhD from Dalhousie University in 2006, MSc from Acadia University in 1996, an Advanced Diploma in Remote Sensing in 1988, and a BSc in 1987.

His group has focused on research utilizing an airborne topo-bathymetric lidar sensors where they visualize 3-D data in virtual reality and mixed reality systems to aid in a better understanding of the data and environment.

In the video below he provides an overview of the principles of lidar, describing the fundamental properties of the technology and details of various lidar platforms (airborne topographic, terrestrial, mobile, drone, bathymetric). He demonstrated the transformations of lidar data into a variety of terrain representations and discussed forestry, corridor mapping, and bathymetric, habitat and flood risk modelling applications.

Back to the 2021 CCA Conference Presentations
Scroll to top